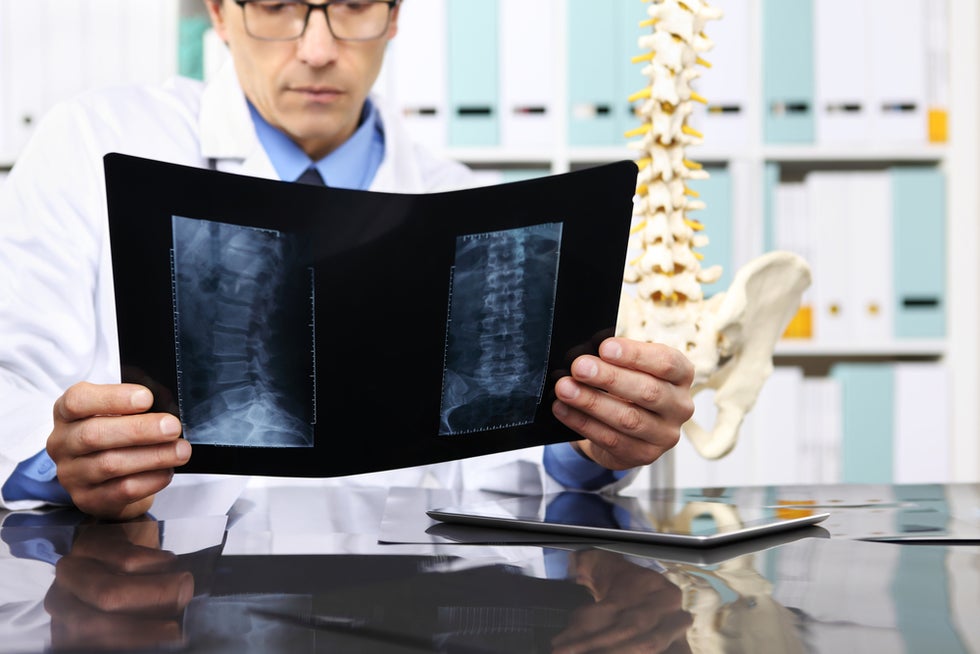 Suffering a spinal injury in the workplace, such as a herniated disc injury, can be devastating for workers. The recovery time could be lengthy in such cases. Injured workers may have to go through treatments and therapies including rehabilitation to regain strength and function. Even after therapy, it may be difficult to manage the pain and become functional.

How much can a workers' compensation settlement be worth for a herniated disc?

Each workers' compensation claim is unique with its own set of facts and circumstances. There are estimates that put the average workers' comp settlement for a herniated disc between $40,000 and $80,000. But our work injury lawyers have found that there are a number of cases where the number can be much higher. The more serious and debilitating your injuries, the higher the settlement amount tends to be.

Here are some of the key factors that could have an impact on your workers' comp settlement amount:

Strength of your case: The amount of your eventual settlement could very well hinge on how strong your case is. That means you need to be ready with medical records, doctors' reports and other evidence that can help support and substantiate your claim.

Type of treatment needed: Herniated discs are often severe injuries that may require costly surgical procedures such as spinal fusion to help the worker achieve maximum medical improvement. Therefore, a herniated disc workers' comp settlement amount may be far greater than another type of back injury such as lumbar strain.

Earnings before injury: The worker's wage rate before the injury could also have a significant impact on the workers' comp settlement he or she receives. Herniated disc workers' comp cases are normally calculated with a formula that is based on your weekly earnings at the time of the injury.

Limitations due to injury: Herniated disc workers' comp cases that involve injuries that prevent a worker from returning to work often result in higher settlements. This is because workers may require ongoing treatment or surgeries in the future.

What is a Herniated Disc?

A herniated disc is an injury that occurs to the vertebrae or the small bones that form the spinal column. These vertebrae are cushioned by round discs that are like small pillows with a tough, outer layer and a nucleus, which is the softer, jelly-like center. A herniation is said to have occurred when a part of the disc's nucleus gets pushed into the tougher exterior, also known as the annulus.

A rupture in the annulus can cause the nucleus to bulge outward and into the spinal canal. A bulging or herniated disc could potentially irritate the nerves surround the spine, which could in turn cause symptoms such as numbness, tingling, weakness or pain in the affected area. The pain could be sharp and could become worse when you try to make movements, even small ones, such as coughing or repositioning your body.

A workers' compensation settlement is essentially an agreement with regard to benefits that are available to a worker who has been injured on the job. Workers who suffer job-related injuries in California are entitled to various benefits including the following.

Under California's workers' compensation laws, claims administrators must approve and pay for all of the medical care that is reasonably required to either heal or relieve the symptoms of a worker's injuries. Disputes may arise in some situations with regard to the need for medical care or a particular medical procedure. If you are faced with such a situation, you may need to be assessed by a qualified medical evaluator (QME). If the dispute is not resolved, your case may move forward to a trial to resolve the issue of whether the recommended treatment stemmed from your work-related injury or if it is medically necessary.

Workers are also entitled to temporary disability benefits if they lose earnings because their injuries render them unable to perform their jobs as they recover from those injuries. In California, temporary disability is paid at a rate of two-thirds of pre-tax wages lost as you recover from the work injury. But, it is important to remember that this amount will depend on minimum and maximum rates set for each year.

If you have suffered a catastrophic injury on the job that leaves you with long-term or lifelong disabilities, such an injury could have an impact on your ability to return to work or make a living. You may be eligible to receive permanent disability benefits if you are able to return to work.

If you suffered your work-related injury on or after Jan. 1, 2004, you may be eligible to receive a voucher to help get retrained for a new job because you are unable to return to your old job due to your injury. Vouchers are typically given to injured workers who end up not fully recovering from their injuries and therefore, cannot return to their old job.

Our Work Injury Lawyers Can Help

The experienced Los Angeles work injury lawyers at Greenberg and Ruby Injury Attorneys have successfully handled spinal injuries including herniated discs on behalf of workers. We have a great track record of winning settlements and awards in work injury cases. We understand what it takes to represent your rights and help you secure maximum compensation for your losses. Call Greenberg & Ruby today for a free consultation and comprehensive case evaluation.