Fall from Ladder at Work: What Are My Legal Rights? 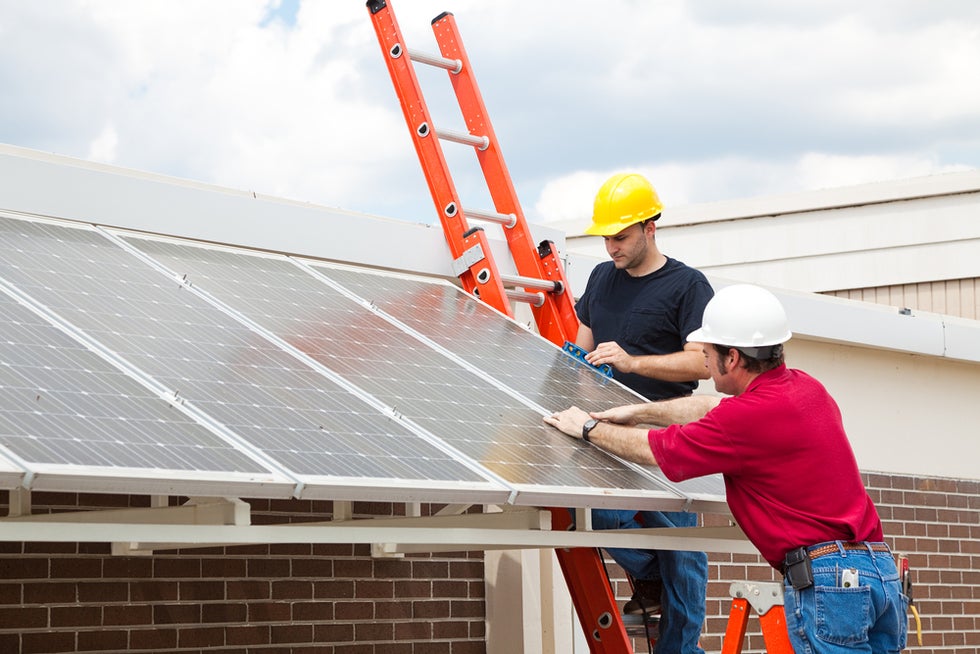 Falling off a ladder could potentially result in serious if not life-threatening injuries. There is the potential for fractures, a serious spinal cord injury or concussion. If you fall off a ladder at a construction site or worksite, it is important that you take certain steps to preserve your legal rights. You may be able to receive compensation for your injuries, damages and losses.

Third party cases are ones in which injured workers pursue additional parties at fault. Examples of third parties in work-related ladder accident cases may include:

Steps to Take After a Ladder Accident

Here are some of the important measures to take if you have been injured in a ladder accident on the job:

Report the accident. If you were injured while working, report the accident to your employer or a supervisor, or to the human resources department as soon as possible. This will give you the important evidence you need to file a workers' compensation claim or to file a personal injury lawsuit against a third party for their negligence.

Get medical attention. Soon after the accident, be sure to see a medical professional. If you suspect you have suffered serious injuries, go to the emergency room to get prompt attention. Even if you believe you are not seriously injured, you should see your doctor at the earliest to rule out any injuries. Some ladder accident victims suffer hidden injuries such as internal bleeding, organ damage or a concussion. Symptoms may not surface until days after the accident, which is why you should see your doctor as soon as possible.

Identify witnesses: Obtain contact information for any eyewitnesses who may have witnessed your fall. Be sure to include them in your incident report. Their testimony could be critical to your workers' compensation claim or third party claim.

Save crucial evidence. If you have been injured in a ladder accident, one of the most important pieces of evidence is the ladder itself. For example, if the ladder was defective, you may have a claim against the manufacturer. If a contractor or sub-contractor at a worksite provided you with a ladder that was unsafe, you may have a third-party claim against that entity as well. So, make sure you preserve the ladder so that your attorney examines it carefully for all evidence.

Contact a ladder accident lawyer. The best way to ensure that you secure maximum compensation for your losses after a ladder accident is to retain the services of an experienced Los Angeles work injury lawyer soon after the incident. Your lawyer will not only help you navigate your workers' compensation claim, but also look into whether you have any additional claims or third parties to pursue.

According to a study published by the U.S. Centers for Disease Control and Prevention (CDC), falls are the leading cause of unintentional injury-related deaths nationwide, and 43% of fatal falls in the last decade have involved a ladder. Among workers, approximately 20% of fall injuries involve ladders. Among construction workers, an estimated 81% of fall injuries treated in hospital emergency rooms involve a ladder, the report states.

The ladder fall statistics report looked at ladder fall injuries in the year 2011 and reached the following conclusions:

Some of the common injuries workers suffer in ladder accidents include:

What Compensation Can You Seek After a Ladder Accident?

After being injured in a ladder fall you may be wondering do I get paid for a work related accident?  Third-party claims are typically worth a lot more than workers' compensation benefits because they cover damages that are not covered by workers' comp such as loss of earning capacity, loss of life's enjoyment, pain and suffering and loss of consortium. Here are some of the damages workers can seek from a third party after a ladder accident:

Need Help After A Roof Fall? Contact Our Attorneys Today

If you have suffered injuries related to a ladder accident on the job, you have a right to pursue compensation for your losses. Whether you need to file a claim against a company or another third party, the process of filing a personal injury claim and negotiating with insurance companies can be challenging and stressful. At the same time, you may be dealing with medical bills, the inability to return to work because of your injuries as well as pain and suffering. Our experienced Los Angeles work injury lawyers can help guide you through this complex process and help you receive maximum possible compensation for your losses.

If you have been injured on the job after falling from a ladder, contact Greenberg and Ruby Injury Attorneys, APC to schedule your free consultation.