Defendants alleged that the Plaintiff was at fault for the collision, and that his injuries would have been prevented if he was wearing a seatbelt. We fought to prove otherwise and were able to secure a six-figure work injury settlement as a result. We are unable to provide further details as the settlement is confidential. 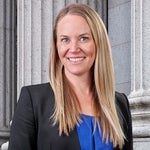