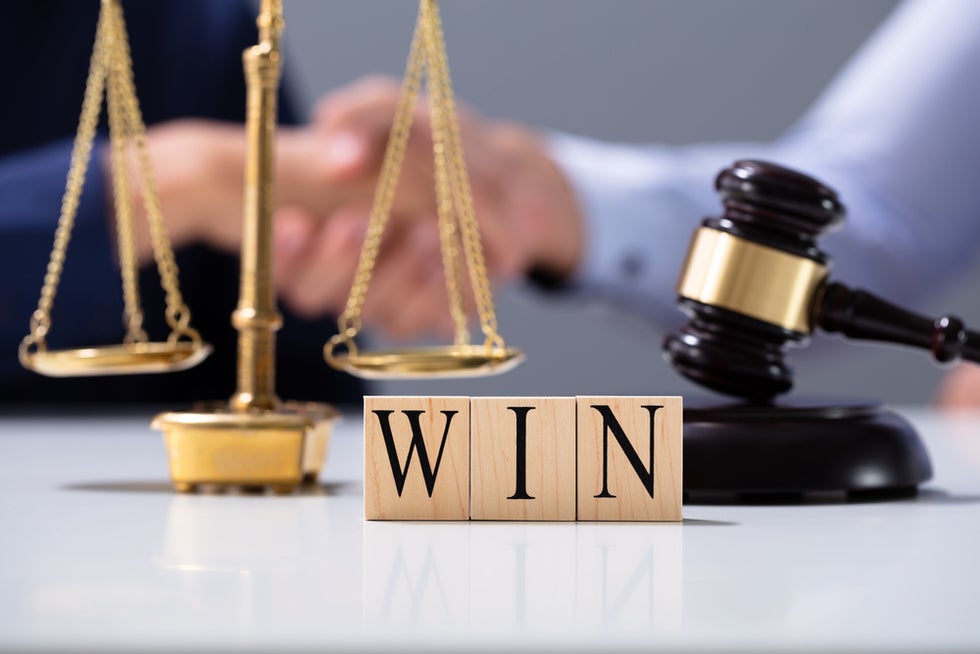 In 2019, Greenberg and Ruby was contacted by a woman who had lost her husband and the father of her three young sons in a tragic construction site accident that occurred in 2015. Her husband was a foreman for a framing subcontractor on a new project building dorm rooms for the University of Southern California campus.

While our client's husband was on the fifth story roof looking at plans, he stepped on an opening that had been cut and concealed with a loose piece of plywood, falling five stories to his death.

Our client had previously hired a workers' compensation attorney that settled their workers' comp case and filed a third-party case just before the statute of limitations expired, but the defendant was never served with the lawsuit.

When the family learned that there was a trial date set for just a few months away, their workers' comp. attorney recommended they contact us to see if we could help them. We took the case, immediately served all the defendants, got a trial continuance, and began discovery.

We obtained a lot of good testimony and evidence from the defendants' employees, but the court still granted the defendants' motion for summary judgment based on the holding in Privette v. Superior Court.

Appellate Courts and the California Supreme Court have continued to expand Privette's bar to liability over the past couple of decades, resulting in extreme injustice for this specific category of injured worker and their families.

Many law firms won't take a case where it's clear that Privette will be used as a defense because they are expensive to litigate and very difficult to win. When a trial court sees a motion for summary judgment based on Privette, it seems they immediately assume it should be granted.

Our firm's leading attorneys, Emily Ruby and David Greenberg, recognized this pattern and took up the cause of challenging Privette in and out of the courtroom by taking on these difficult cases, knowing they will be faced with a Privette MSJ, and by educating other plaintiffs attorneys on ways to defeat these MSJ's in their cases.

So when the court granted the MSJ against their clients in December of 2019, Emily and David, with their appellate co-counsel, Janet Gusdorff, immediately filed an appeal. After approximately two years of the appellate process, the defendants requested mediation when the date for oral argument got set.

A Win For Our Client, But The Battle Is Not Over

We negotiated a mid-six figure settlement, providing our deserving clients with justice, closure, and financial compensation.

However, the fight still was not over. The workers' compensation carrier for the decedent's employer, who had paid our clients death benefits as required under workers' comp. law, asserted a lien against the settlement, which they are entitled to do. The problem for the workers' comp. carrier, was that there was significant evidence of employer negligence, which we in fact had to acknowledge and incorporated into our liability arguments against the defendants.

We refused to reimburse workers' comp. for one cent of what they had paid on the grounds that employer negligence wiped out their lien, and demanded that they either sign an agreement waiving their lien rights or we would try the issue of employer fault in the Workers' Compensation Appeals Board. Ultimately, they waived their lien, and our clients got to keep all the settlement money. Another win for a family against a greedy insurance company.